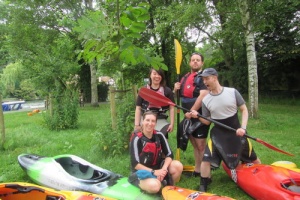 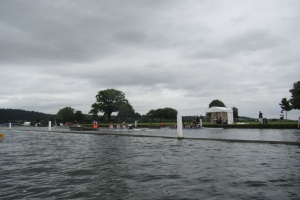 Tom, Cai & Shep met at the basin for 8am waiting for Lindsay to turn up with keys. She ended up being stuck in traffic, but we were able to access eventually loaded 4 kayaks and the rest of the kit. So we set off at 9 and arranged to meet Lindsay at the put in at the free car park on Mill Lane, just downstream of Marsh Lock Despite the M4 having traffic we got there at 10:20 and started the 20 min each way shuttle to the hotel car park next to Marlow bridge and back to he put in.

We put on at 11:40 at a tiny pontoon into the gentle flow. Weather warm but cloudy, and a little wind; def didn’t need any cags on.

Before long, we paddled north through Henley and into the regatta area (the regatta was last week) but there are always rowers on the water. Around here, you need to watch out for the big blue “keep river left” arrow otherwise you’d end up in the training and racing area of Henley. Of course with us being all observant, we spotted this (just before it was too late!). 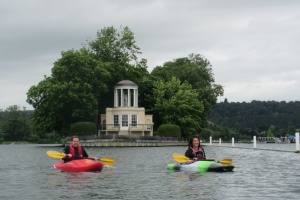 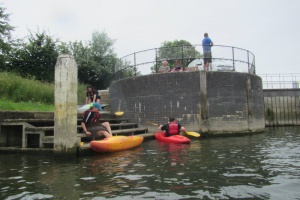 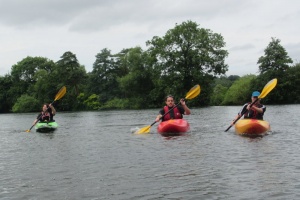 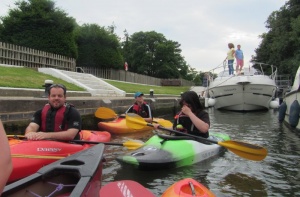 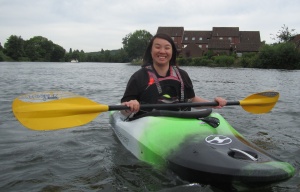 Cai looking pleased with herself

At Hambledon Lock there was a handy ice cream van clearly strategically parked to serve the Thames Path walkers. We continued past the lock and stopped river right at the Thames river access point where we met a group of young adults doing a trip for their DofE award and headed up to the pub for lunch and a “pit stop” for an hour. 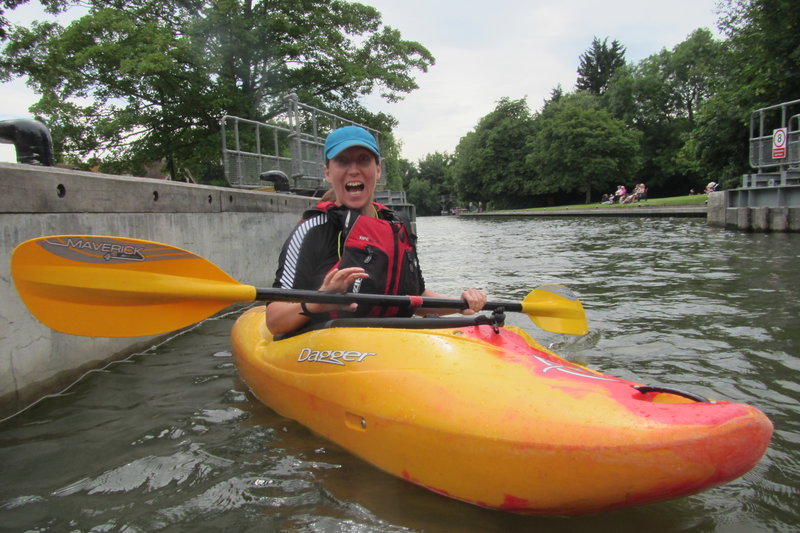 We headed of again at 14:20 sticking mainly to the main flow but did take a few back waters. The lunch (read: pint) must have helped as we seemed to reach Hurley Lock pretty quick. We understood that this stretch can be quote windy which could have slowed us down but I guess we were lucky and it was quite calm.

The lock keeper invited us in with the other boats (instead of portaging) and while we were waiting, Tom & Cai decided to practice their eskimo rescues much to the delight of the passers-by. We travelled down Temple Lock as well, which, whilst fun, did add time to the day.

Following a short paddle to Marlow we exited at the rowing club. It turned out there wasn’t a clear public exit here to the road (there is north side, but that would have meant carrying the boats back over the bridge to the car park) but a kind rower spotted from their club house and allowed us to go around their building. We probably could have just done that anyway.

We realised that this car park was quite busy so not the best place to be getting changed at, so decided to load all the boats, sit on bin bags and drive back to the put in to get changed. Note for next time – park in a corner of this hotel!